A difficult day at Speedwell against a classy Hawk Green 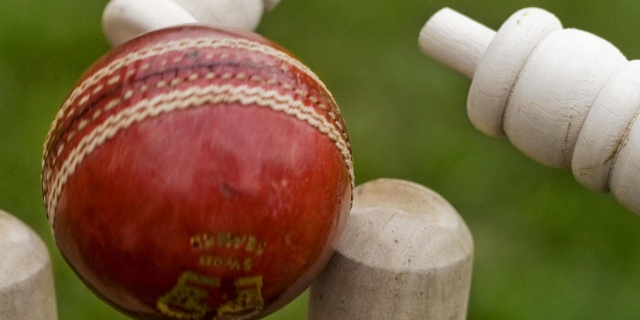 A cloudy day in Tintwistle as the 1st XI welcomed Hawk Green to Speedwell in their 2nd home game of the season. Skipper James Pool won the toss and elected to bowl on what you would argue was a very batter friendly pitch. Tintwistle opened the batting with Mark Lilley and Damian Weatherhead. Finding the first wicket was difficult for the Hawk Green bowlers however they did bowl very tight lines. Drinks came after 23 overs and the Tintwistle pair had only managed to put 39 runs on the board. The home side needed to go through the gears in the last 22 overs. The first wicket to fall was that of Lilley (9). Kieran Davies (3) came and went which brought Ryan Nixon to the crease where he saw Weatherhead (36) straight drive M Richards for six then falling the very next ball. Nixon was joined by Stuart Chamley with the score 61/3 before a mix up between the pair saw Chamley (1) run out. Gavin Cole joined Nixon in his efforts to try and push the score on however was out by kicking his leg stump down. Nixon bludgeoned his way to 25 including 3 sixes before being bowled off Henderson. The score 90/6 but another 12 runs were made with the last 4 wickets. Tintwistle finished on 102 all out.

Halftime thoughts that were Hawk Green deserved a lot of credit for their display but it was a very bad batting performance. However, things went from bad to worse for the Tintwistle team as the bowlers and the fielders didn’t help the cause of defending a low total. Hawk Green were allowed to knock off their total with a 10 wicket win. Thanks to 42 not out from J. Hampson and 37 not out from P. Needham.

A huge thank you to all of our Donators!