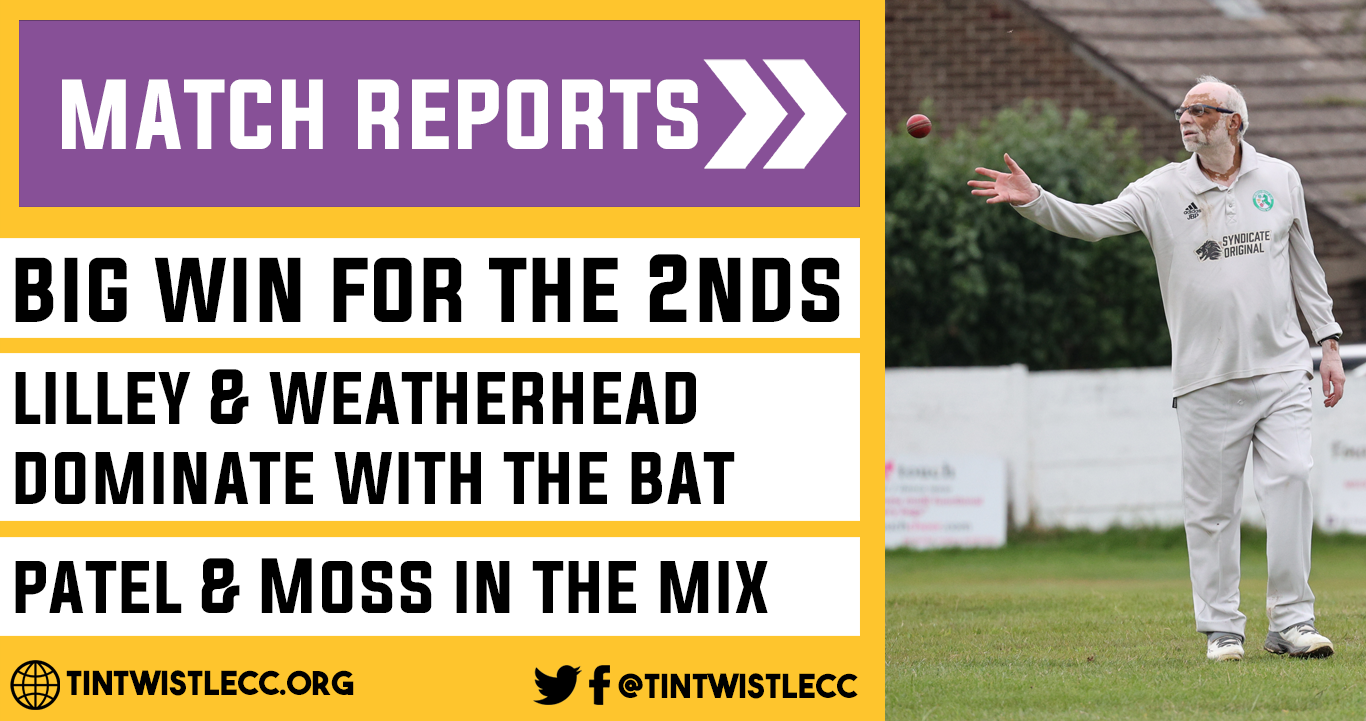 Yesterday the 2nd XI welcomed Hollingworth to Speedwell in the DCCL Division Four fixture. The weather forecast was overcast with spells of drizzle. From the start it looked ominous that the weather would at some point play its part in proceedings. With Skipper Steve Morris away for the day, Stuart Dodd would lead the team.

Hollingworth won the toss and asked Tintwistle to bat first. Mark Lilley and Tom Chambers opened the batting and disaster struck early when Chambers (0) was bowled and the scoreboard read 3-1. Damian Weatherhead was in at three and focus was required to get things moving. Both Lilley and Weatherhead batted superbly, with some fine cricket shots coupled with sensible batting. In fairness to Hollingworth the early bowling was lively and energetic, but the Tinsle batters were up the task. The pair put on a partnership of 100 runs delivering exactly what was required before Weatherhead was trapped lbw for a superb 58. Shortly afterwards Lilley was bowled for an equally good 48. The pair had soaked up plenty of overs and had put serious runs on the board. 103-2 and things were looking very positive for the home side.

However, cricket can be a funny game and, from this point forward Tintwistle found things difficult (the batting as well as locating sawdust)! As the rain rolled across the hills from the West there was an interruption to play as Mottram Church and the hills disappeared from view. The rain looked like it was settling in for the afternoon. Fortunately, this was not the case, and the covers were removed and play resumed. The home side went from 103-2 to 132-7. This was not in the script that Skipper Stuart Dodd had in mind. George Hargreaves was in at 9 and scored a handful of vital runs (5). Dodd and Jay Patel were in the middle at the business end of the innings and also scored important runs. Dodd finished 5 not out and Patel 11 not out which included a couple of very entertaining 4's. Some wayward bowling contributed extras and the home side finished on 165-9 after the full compliment of 40 overs.

From the sidelines this looked like a very competitive total.

Dan Robinson was in the mix early doors taking the two early wickets. 26-2 and it was the start Tintwistle wanted. Jay Patel then single handedly dealt with the higher middle order. 26-2 become 41-6 and Tintwistle looked to be in the driving seat. There was some resistance towards the back of the innings but Mathew 'Fez' Woodward snared a vital couple of wickets.

As Tintwistle looked to close the deal Will Moss took the ball and bowled some clean tight lines. Moss bowled several overs without a wicket, and it looked like the young charger wasn't getting the rub of the green his bowling deserved. Then in super quick fashion Moss captured two wickets in consecutive balls. The first was a caught and bowled and the second wicket came from a catch by Stuart Dodd. Moss had bagged himself the opportunity of a hat-trick ball. Unfortunately, the hat-trick was not to be, but Moss had collected the wickets he richly deserved. Well done Will!

Some sharp fielding from Dan Robinson resulted in a direct hit with the batsman short of the crease and the challenge from the visitors had come to an end. Hollingworth were all out for 108.

Tintwistle ran out worthy winners and collected vital match winning points. The team remain at the top of the Division Four table on 180 points. The lads are one step closer to their goal.

Skipper, Stuart Dodd will be pleased with his troops. Job done on a difficult day impacted by the weather.

Unfortunately, the 1st XI lost in their Twenty20 fixture on the road. 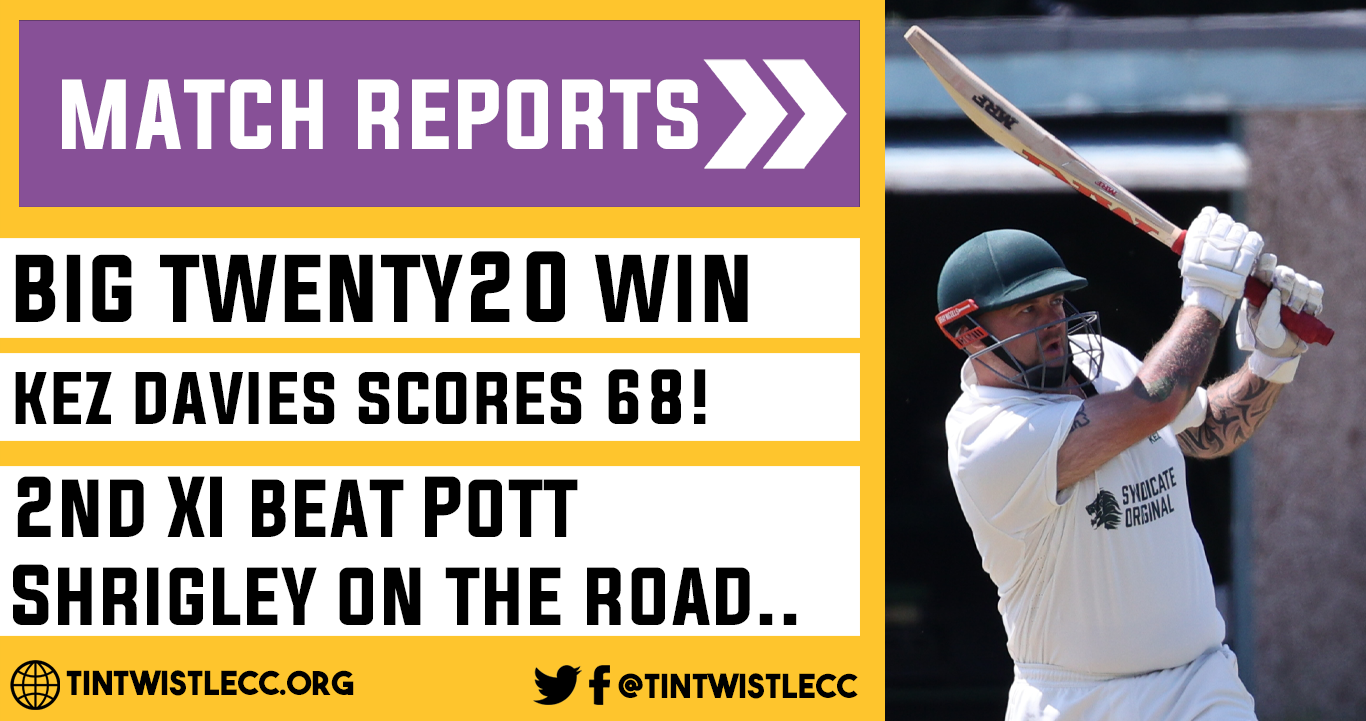 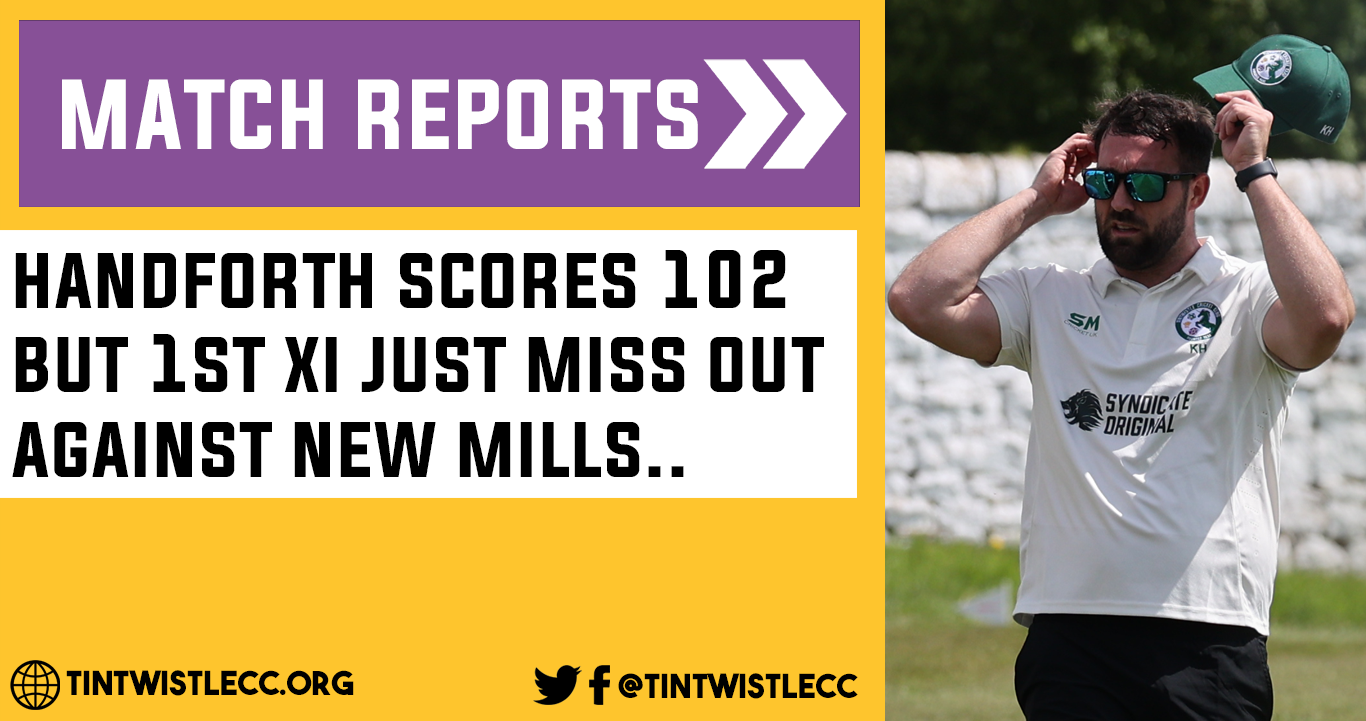 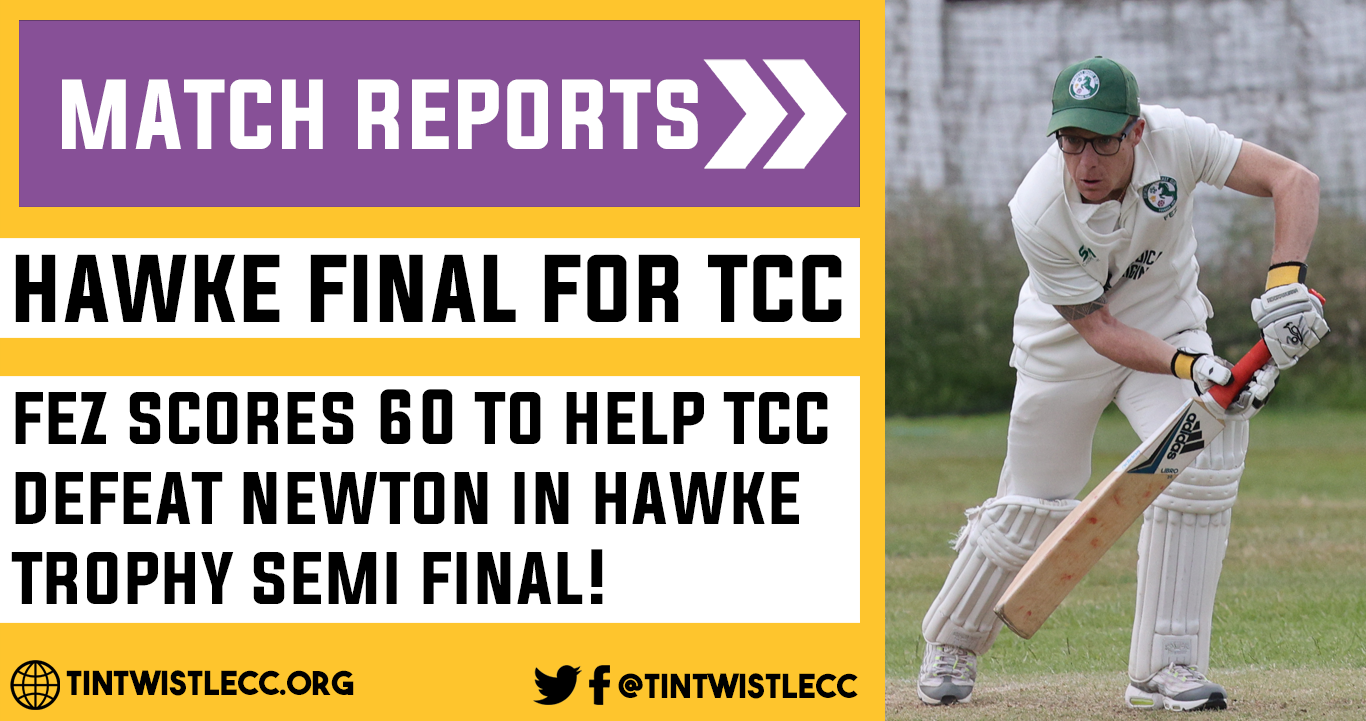